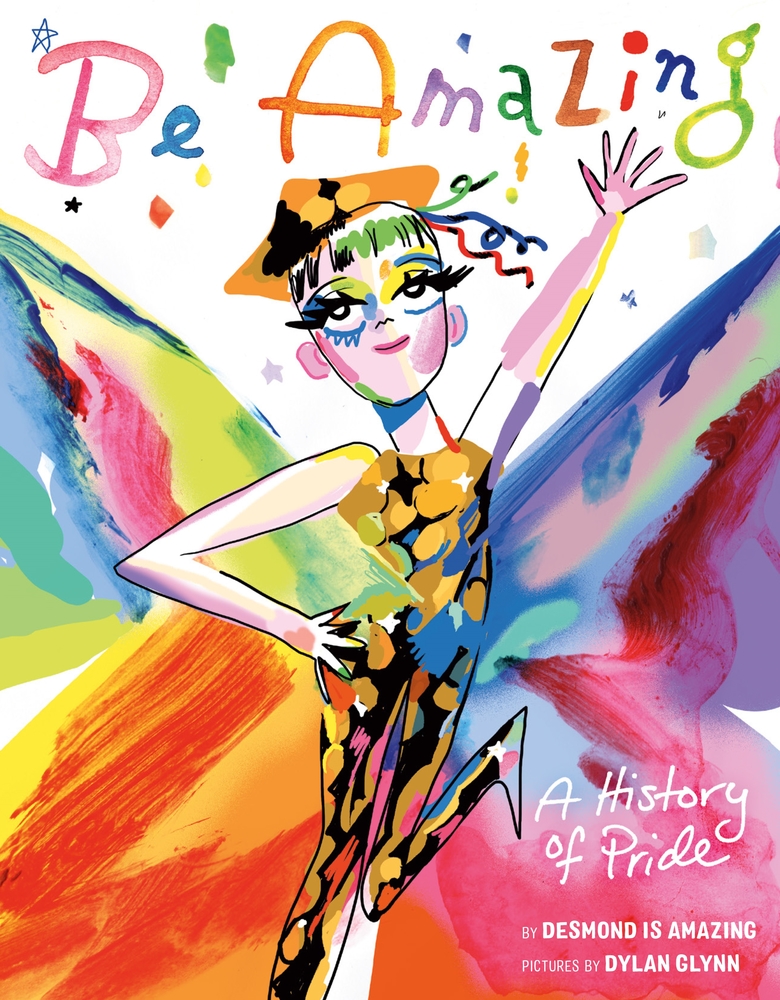 I know very little about the history of the LGBTQ (lesbian, gay, bisexual, transgender and queer) community as it became quite apparent when reading the children’s book Be Amazing, A History of Pride by Desmond Is Amazing, a 12-year-old drag kid, who is also a runway model, public speaker and founder of Haus of Amazing, the first drag house for drag kids.

In Be Amazing, we are introduced to Desmond, who shares his motto “Be yourself always,” on the first page. The advocate offers a shoutout to his parents for letting him be who he is before thanking the people who worked to ensure those in the LGBTQ were accepted for who they were.

The book then shares some of the discrimination people in this community felt until June 28,1969 when the LGBTQ community stood up against the police and persecution and fought in what became known as the Stonewall Riots.

Desmond then introduces readers to the key people in LGBTQ community at the time including Marsha P. Johnson, who was born Michaels Jr. In August 1945. At the age of five, Johnson enjoyed wearing dresses. Her family had difficulty accepting her and after high school, she moved to New York City, struggling with homelessness. Despite her difficulties, she was always “bold, outspoken and optimistic.”

The book also describes the first LGBTQ march and how it became known as the Pride parade.

“A lot of people were very repressed, they were conflicted internally, and didn’t know how to come out and be proud. That’s how the movement was most useful because they though, ‘ Maybe I should be proud’.”

The book continues with Desmond’s varied career, his reminder to readers that they should feel free to express themselves in a way that feels right in their hearts and to be proud of who they are.

This is not a book I would normally pick up. The art, by Toronto artist Dylan Glynn, isn’t my favourite, but it works here – bold colours and stylized people. I learned a lot about the people who shaped LGBTQ community and I love the message that all kids, regardless of “age, race, orientation, identity, gender, financial status, class, disabilities or abilities”, need to remember they are are amazing, just the way they are.

Be Amazing by Desmond is Amazing is $25.99 and is available from Raincoast Books.

A copy of this book was provided by Raincoast Books
for an honest review. The opinions are my own.