Reviewing picture books that teach kindness and make you laugh 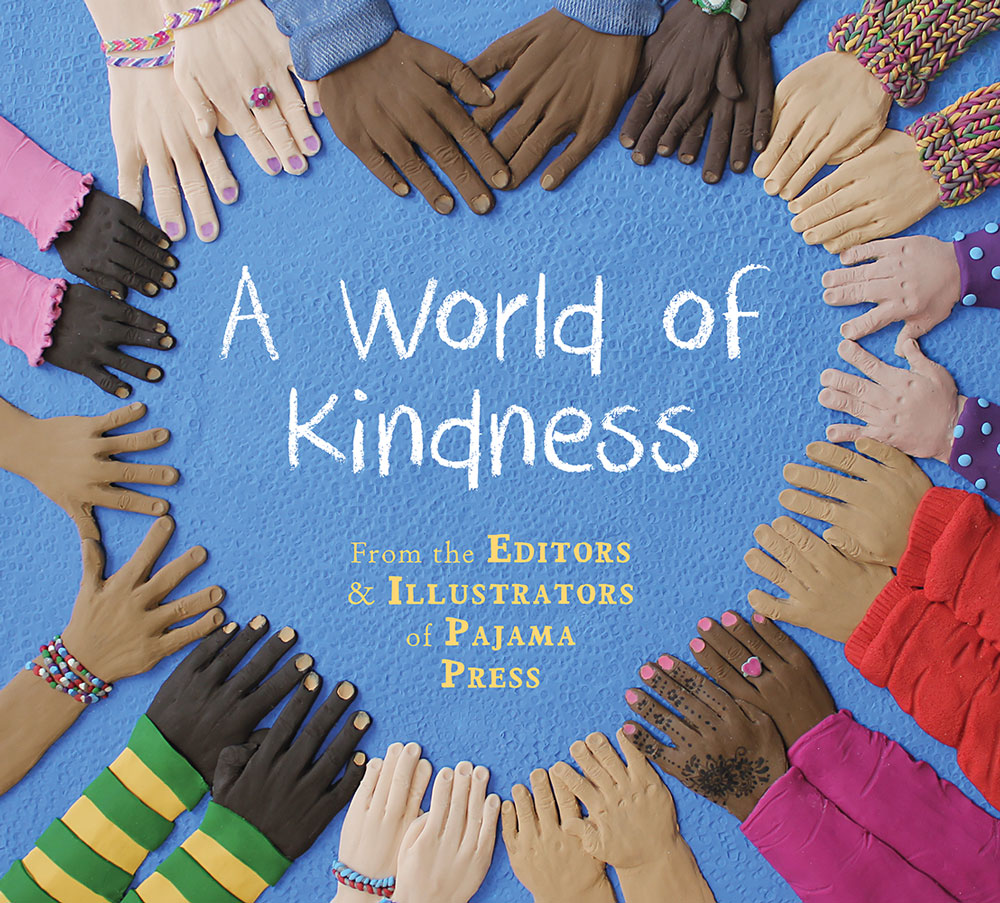 So many great picture books this month. A World of Kindness teaches children about common courtesy, which doesn’t appear to be common these days, while Dude!, Lucy Fell Down the Mountain and T.Rex Time Machine made me laugh out loud.

A World of Kindness

A World of Kindness by the editors and illustrators of Pajama Press ($19.95) teaches children how they can be kind and show empathy toward each other. Each page is drawn by a different Pajama Press illustrator. I enjoyed flipping through the pages and recognizing the style of each illustrator. My favourite page was created by Dean Griffiths, the illustrator of Timo Goes Camping. The messages, which include being kind to animals, helping those younger than you and saying sorry when you are wrong, makes it a cute and beautiful book.

A Good Day for Ducks

In A Good Day for Ducks by Jane Whittingham ($17.95, Pajama Press) we get to embrace our inner child and spend a day in the rain – splashing in puddles and getting muddy. We also get to enjoy what happens when rain turns to thunder and you have to go inside. This book makes me wish for rainy spring – not fall – days.

Claris The Chicest Mouse in Paris

Claris doesn’t fit in with all other mice who laugh at her handmade dress with lots of frills. But Claris dreams of going to Paris and decides to embrace the opportunity when two stylist frogs offer to take her, via a hot air balloon, to the city. Once there, Claris attempts to find to find a home chic enough for her. Along the way, she meets some new friends. While fashion is not my thing, and while I liked Paris, it’s not my favourite city, I thought the book was super cute – perfect for little people who are interested in either of those things. For the most part I liked the illustrations and the story had a nice lesson. Claris The Chicest Mouse in Paris is by Megan Hess ($24.99, Raincoast Books, Hardie Grant Egmont).

I will confess I am not a big fan of books that only feature one word, but I am willing to make an exception for Dude! ($23.50, Raincoast Books, Roaring Brook Press) by Aaron Reynolds and illustrated by Dan Santat, whose work I like a lot. The shark is a game changer. The shark, and its many expressions, made me laugh out loud and smile throughout the book. The story was funny, fun and so nice that I suggested to my three-year-old nephew he would love it and he did, making his mom read the story, twice in a row.

It’s a snow day and Alice uses her imagination to become king and creates a book about King Alice The First and the royal brave knights and their adventures. King Alice writes the story and her dad, one of the royal knights, illustrates it. While the illustrations aren’t my favourite, I liked how King Alice’s royal knight captured the entire day, including a time out. King Alice is by Matthew Cordell ($23.50, Raincoast Books, Feiwel and Friends).

Lucy Fell Down the Mountain

I like when picture books make me unexpectedly laugh. Lucy is falling down the mountain when she meets a not-so-bright Mountain Man, who is also falling, a duck, who is quite annoyed, and some bears. It do want to read this one again. I found the one part quite gross and it could have been left out. Lucy Fell Down the Mountain is by Kevin Cornell ($23.50, Raincoast Books, Farrar Straus Giroux).

In Night Play by Lizi Boyd (Raincoast Books, Chronicle Kids), a little boy suggests to his animal friends they have time for one more play before going to bed. He falls asleep and we watch as the animals attempt to continue to put the show on. The book has a variety of levels within the pages, including one that spreads out. There is lots to look at and it was a neat concept, but I prefer a book with more of a story.

Seven Pablos by Jorge Lujan (Publishers Group Canada) offers a look into the lives of seven different Pablos from various parts of the world and how these children survive. There are some truly sad stories in there including Pablo, a new immigrant who lives with his large family in New York. They share a single room with a host of family members in the Bronx. Each family has 12 hours in the apartment and 12 hours living on the streets. There is also a Pablo from Argentina, who is living in Mexico with this family after fleeing a military dictatorship. Each story offers a look at the conditions children around the world have to live under. Heartbreaking.

In Time for Bed, Miyuki by Roxane Marie Galliez ($25.5 Raincoast Books, Princeton Architectural Press), Miyuki stalls going to bed by suggesting to her grandfather she has to prepare her garden and herself for the arrival of the Dragonfly Queen, who is bringing her entire court. While I loved the illustrations and the story itself, I skipped over several paragraphs on each page, and suspect I would do so when reading it to a child, because it would repeat all the excuses Miyuki uses to get out of bed. As a mother of a staller, I also felt for that poor weary grandfather who just wants his grandchild to go to bed.

T.Rex Time Machine by Jared Chapman ($23.99, Raincoast Books, Chronicle Kids) is a hilarious book about a man who travels in time in a time machine and lands among some T-Rexs, “which he quickly regrets.” He obviously gets eaten (ha, ha, ha) and the T-Rexs, smelling food go into the machine and are transported to the present where they discover the most amazing things – food that comes directly to them.

This books has some truly funny pieces in it, including the police officer’s reactions. For parents who have to read stories over and over, this would be the one I choose.

In the Grand Expedition by Emma Adbaige ($24.50, Publishers Group Canada, Enchanted Lion Books), two siblings make a decision to go on an adventure. They pack their supplies – including pickles as there are no other snacks – and go outside and set up their tent for an evening of fun.

The illustrations aren’t my favourite in this book, but I liked that the story was about children using their imaginations and their dad letting them go. The ending was also nice.

A copy of these books were provided by Pajama Press, Publishers Group Canada and Raincoast Books for an honest review. The opinions are my own.