Powerful book, great read in Small Things Like These 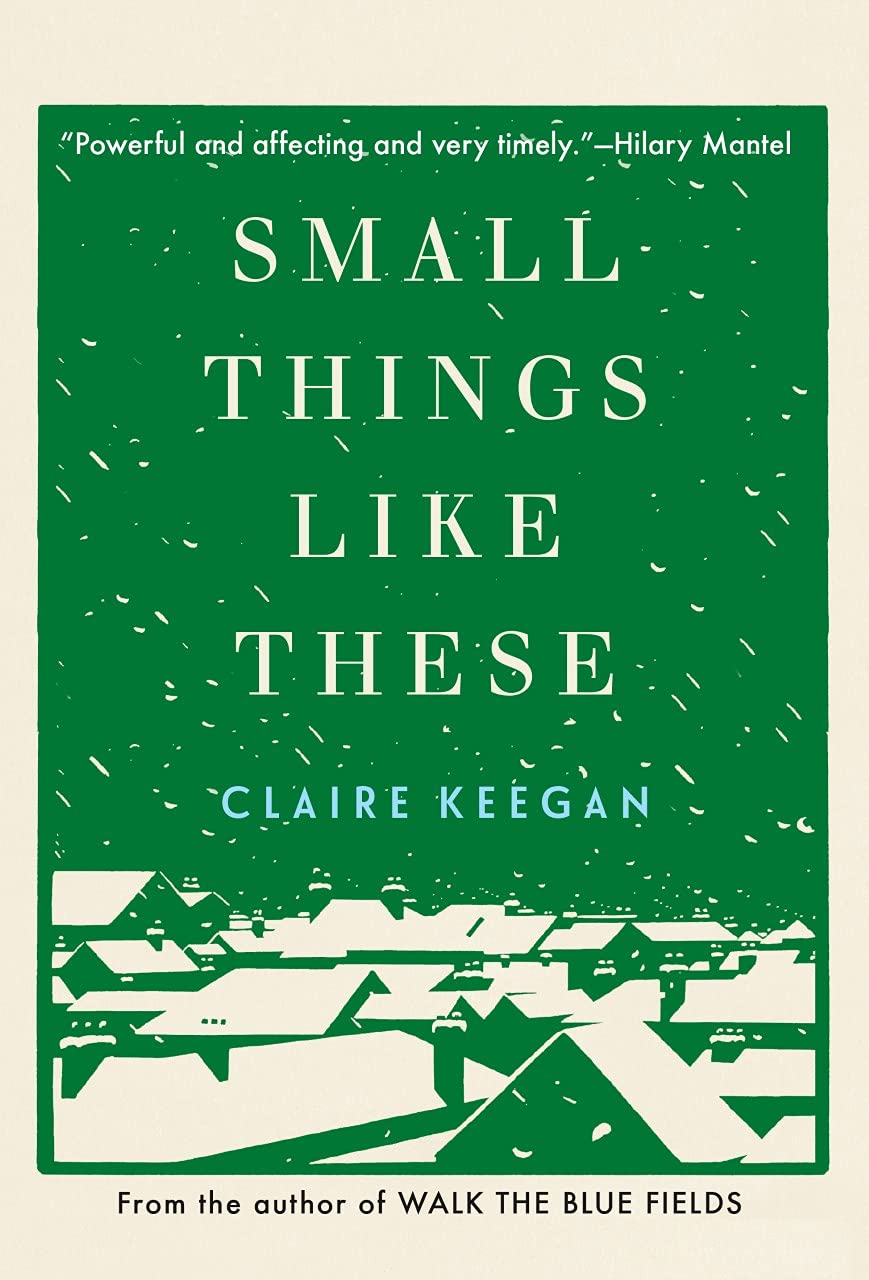 What a powerful book.

I read Small Things Like These by Claire Keegan (PGC Books, $27.95) in a couple of hours, picking it up one day after work and not putting it down again until I closed the book with a “Wow!” That was a couple of weeks ago, and the story is still on my mind.

A work of fiction, Small Things Like These are, nevertheless, based on true events in Ireland and much like Canada’s Residential Schools for Indigenous people, the thought of what happened to these women and girls is horrifying.

“Ireland’s last Magdalen laundry (where girls and women were imprisoned, forced to carry out unpaid labour and subjected to severe psychological and physical maltreatment in Ireland’s Magdalene Institutions) was not closed down until 1996 (eerily similar to residential schools, the last ones also shut down in that year). It is not known how many girls and women were concealed, incarcerated and forced to labour in these institutions,” said the note on the text.

When Small Things Like These begin, we are in the weeks leading up to Christmas 1985. We meet Bill Furlong, a married father of a couple of girls, who attend the local school run by the church. It’s a busy time for Bill, who is a coal merchant.

Bill is an interesting character. He doesn’t say much, but he clearly thinks a lot. You get to know him in bits in pieces.

“Early one morning, while delivering an order to a local convent, Bill makes a discovery each forces him to confront both his past and the complicit silences of a town already controlled by the church.”

What we see is heartbreaking, but what is so difficult for me is people’s responses and warnings for Bill doing the right thing, including that of his wife. The power of the church, particularly when its followers are clearly not paying attention to its own values, is terrifying.

A copy of Small Things Like These was provided by PGC Books for an honest review. The opinions are my own.