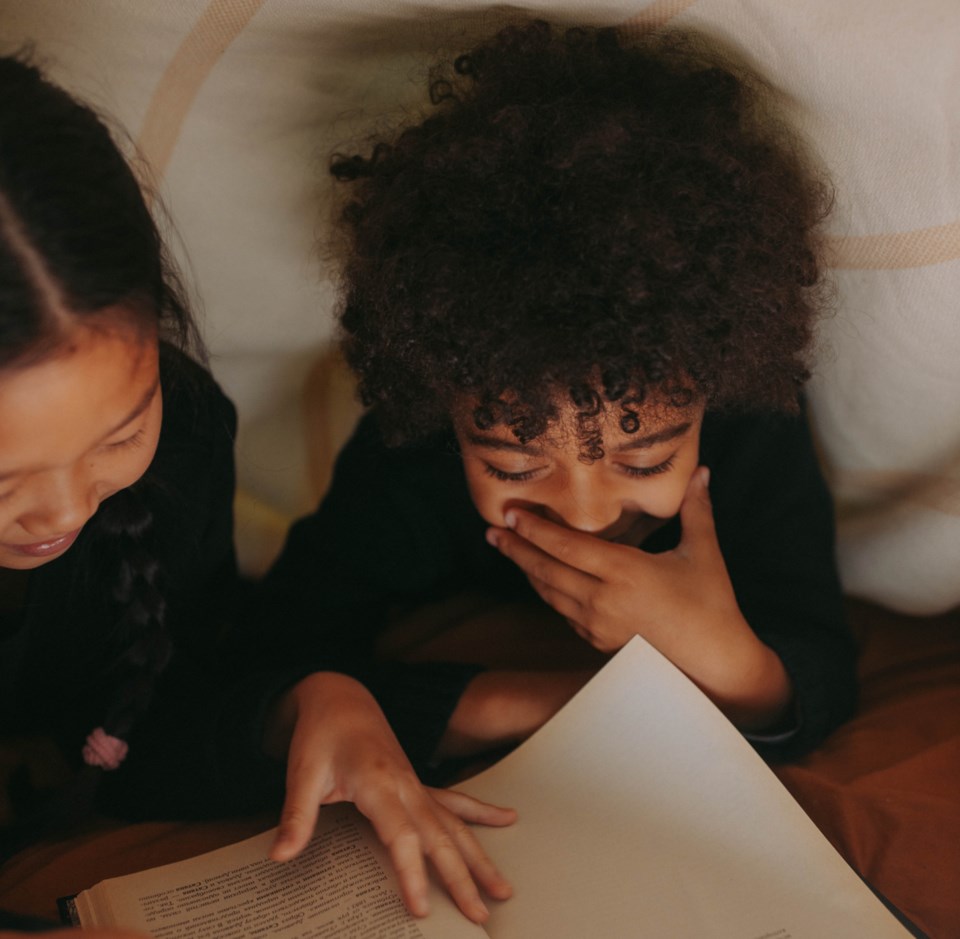 This blog was first published in NewmarketToday.ca and republished here with permission.

In the midst of another lockdown and stay-at-home order, families will need things to do to keep the kids occupied and this is where this list comes in. Here are seven books to keep kids having fun and learning.

In Prank Lab by Wade David Fairclough, Chris Ferrie and Byrne Laginestra and Raincoast Books , kids will learn how to do “25 hilarious experiments, scientific practical jokes” from Making a Mess, where “practical jokes can stain, soak or smear themselves on your victims); to Wanna Bet? (“In this section, you’ll find pranks that you can use to water against unsuspecting victims); Clean Classics (“These pranks are for the purist. They are simple, relatively innocent and east to clean up as well as requiring few acting skills”); and Messing with the Mind (“…This section has pranks specially designed to mystify and confuse the victim into believing nonsense or acting out of character.”)

Each prank offers some quick information about it (victim, mess, danger funniness and science level), a shopping list, warnings to future me, did you know sections, step-by-step instructions as well as information about the prank, some science behind it and more.

So, while your children are creating giant spiders to put in your lamps or making it look like the remote is broken, they will also be learning about various types of phobias and electromagnetic spectrum.

On the other hand, the science behind exploding ketchup may not be as interesting when you are covered in red sauce.

In How Things are Made by Oldrich Ruzicka, kids – and their parents – can learn about how various things from chairs to books are made. The first double page spread talks about the origins of how things were created, among other points of information from the function of chairs to how paper is made.  Then page opens up like a flap book to reveal the process from start to finish. Kids can start at the beginning and follow the path to see how it’s created. Along the way, flaps reveal more information.

It’s one of the most unique books I have see and there is a lot of information packed on the page. However, because of the flaps, the book is thick, but only has six items in it.

Sometimes you need to just do some fun things inside (or have structured craft time outside). With 101 Things for Kids to Do on a Rainy Day by a Firefly Book, kids can let their imagination and creativity soar with activities from an indoor snowball fight (we have done this and it’s fun) to making wind instruments (with instructions on how to make actual music from Jingle Bells and Mary Had a Little Lamb) and salt painting, which is always beautiful.

Each double page spread offers information about the craft, how to do it, what you need and tips. There are also full-colour pictures both of kids doing the activities and the activities themselves.

Unlock Your Imagination, more than 250 Boredom Busters (includes board games) from DK Books offers ideas to keep your kids busy this break.

Colourful and fun to look out, the book offers a mix of real photos and fun graphics offering kids ideas such as creating your own sporting events (from opening ceremonies, to activities and awarding medal, which you make yourself) to fun things to do with a ball, making a treasure hunt and crafting a paper frog. The book is an envelop that holds everything you need to play checkers, chess and snakes and ladders.

Most of the activities kids can do on their own, but there is a warning symbol on some that tells kids adult supervision or help is required.

If you have a math lover in your house, then The Incredible Math Games Book from DK Books is for you.

I do so we spent a lot of time playing the games in this book from Four in A Row where you take turns rolling the dice and find a whole, half, third quarter, three-quarters and a six. You flip over the fraction shown in various patterns on the board until you get four in a row. You can also block your opponent so he doesn’t get four before you do. There is also Times Tables tug-of-war where you throw the dice, multiply the two together to get the answer and start bringing your piece home (or pushing your opponents’ piece further away). This book is quite thick. Each colourful page is made from heavy, glossy card stock with and there are flaps to lift and pieces to move. The dice and game pieces are tucked into the front of the book.

While I will never claim math is fun, this is a fun way to practice.

I would say this is a card game for older kids, although there are three ways to play with an easy, medium and hard version on each card.

Playing individually or with team, each player picks a card and reads out the trivia question. In the easy version, they would make it a 50-50 chance, reading out only two of the answers. The medium difficultly is to ask the question and provide all four the answers while the difficult version simply tells people to answer the question without any answers provided. Each team scores a point for the correct answer.

Questions ran the gamut from What is the capital of Montenegro (Podgorica) to Mork & Mindy was a spin-off from which sitcom? (Happy Days). There are sports, general knowledge, language and science questions. I suspect playing this game would be similar to Trivia Pursuit, but with the various difficulty levels giving me more of a chance.

There is also a Brain Freeze Qui game (Second Edition), but the instructions left me a bit confused. My son and I played it the way we thought it was supposed to be play and this worked for us. There is a word highlighted in blue along with five other words. In 60 seconds, we tried to describe this word to each other without using either the highlighted blue word or the five other words. Some were hard (Birds of a Feather – alike, similar together, flock, idiom) and Better Half (husband, wife, partners, lover, relationship), while others such as graffiti and washing machine were pretty easy. This would be one of those games that if you and your partner were in sync you could likely get the answers pretty quickly. Both these games come in a small heavy paper box and the cards are made with thick paper.

My son and I are both too old for What am I? game from Raincoast Books, although we had fun trying it out.

Each participant (the game is for four to eight year olds) put on a pair of paper glasses where they insert their card facing so their opponent can see it. The cards only have cute, colourful illustrations (no words) of a shark, a train, a turtle or a tea pot for example. The other player describes the object until the glasses wearer gets it right. While the cards are a heavy paper, the glasses are flimsy. I can’t imagine they would last too long with the younger age group and I would imagine kids would get frustrated. It might be just easier to hold the cards out rather than put them on the glasses.