Heartbreaking, but great read in Eric Walters’ The King of Jam Sandwiches by Orca Book 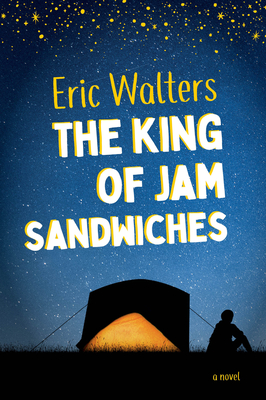 I must say after reading Eric Walters author’s note, placed at the beginning of The King of Jam Sandwiches, it was difficult to completely enjoy this book. While you know the story will have a happy ending, you had to get to it first.

The author’s note read: “This was a difficult story for me to write because it’s so personal. Many of the things I’ve written about are from my life. The question I’m already being asked is, ‘How much of this is true?’ The answer is simple – too much and not enough.”

Which means the things we read about what’s happening in 13-year-old Robbie’s life – his dad disappearing, the highs and lows and going hungry and without – may have happened in Walters’ childhood as well and, equally important, is likely happening in someone else’s life today.

In this book, we meet Robbie, who doesn’t tell anyone at school that his dad wakes him up in the night to tell him he is dying or simply disappears, leaving Robbie alone for more than a week. Robbie doesn’t tell because he is afraid he will be put in a foster home if he does. One day, a new girl shows up, and Robbie is asked to show Harmony around.

“Their first meeting ends horribly, and she punches Robbie in the face. But after a rocky start, a real friendship grows. Can Robbie trust her to keep his secret?”

I confess I am big fan of Walters‘ work. I don’t think I have read a book I didn’t like and this is one is certainly no different. I was a bit anxious reading it, but I finished it off in an evening. My heart broke for the choices Robbie had to make and the lack of options he felt he had.

Harmony, too, was an amazing character: loyal, tough, smart and so brave. Both had to grow up way before they should have. I was upset for and cheered on both of them.

The story is obviously realistic and makes me even more grateful that I was born into a family who always took care of each other.

In his note for educators, Walters, a teacher himself, talks about growing up in poverty and how that put people like him at a severe disadvantage.

“You grow up believing you’re not as good as other people, not as good as you need to be. And even if you can someone fool other people, you never really and truly convince yourself. Some people get out. Somehow, I got out. You learn that you have to work harder than everybody else. If you’re lucky, you find people along the way – usually, in the beginning, it’s a teacher or two or three – who see you and what you are capable of doing.

“The hard part for teachers isn’t discovering the potential inside these young people, but rather in convincing them that they really do have that potential. Potential for success, for great things, to become so much more…”

The King of Jam Sandwiches is by Eric Walters and Orca Books . It retails for $12.95 and is recommended for children eight to 12. It is on sale Sept. 15.

A copy of this book was provided by Orca Book for an honest
review. The opinions are my own.

7 thoughts on “Heartbreaking, but great read in Eric Walters’ The King of Jam Sandwiches by Orca Book”