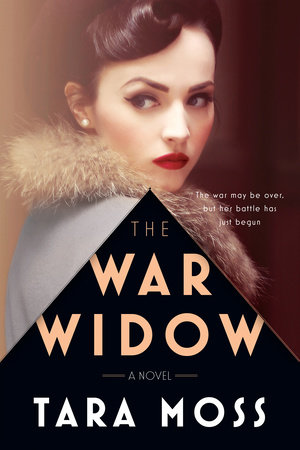 Tara Moss’ The War Widow was a bit of a slow start, but built into an action-packed book with a strong female character who broke all of society norms in the post-Second World War world.

I like main character Billie Walker a lot. A reporter who covered the horrors of the Second World War along side her photographer husband, who went missing while covering a story, Billie returned home to Australia when she found out her beloved father was dying. She didn’t make it, but took over his private investigation company, which she runs with her assistant Sam, a solider who fought in the war. Billie is hired by a distraught mother, whose teenaged son has gone missing. Billie and Sam soon learn, there is more to the case then first thought.

There was so much going on in this book, which the reader knows the son didn’t simply run away with a girl as it was originally suspected. There are number of stories and weird happenings taking place throughout the book. I correctly guessed one aspect of the story; my guessing certainly didn’t spoil the story or how it unfolded.

I have, sadly, never been to Australia, but Moss brings it and her characters to life with her descriptions. I could picture everything, including Billie Walker’s impeccable style of dress, her mother’s apartments and the scenery of the Blue Mountains. I could visualize Billie’s gun in her garter and Billie pulling out hatpins to pick a lock. Well the descriptions are obviously amazing, they weren’t annoying or overbearing either and they didn’t interrupt the flow of the book or the action within it.

The book was a fast read. I finished it in a couple of days once I started.

In preparation with my interview with Moss, coming out in May, I did some research on the Australian-Canadian model, speaker and writer and found out this is the second book featuring Billie Walker. I do hope there is more.

The War Widow by Tara Moss comes out in May. It costs $22.99 and is published by HarperCollins Canada.

A copy of this book was provided by HarperCollins Canada for an honest review.
The opinions are my own.

I interview Tara Moss about writing and this book. Read it here.