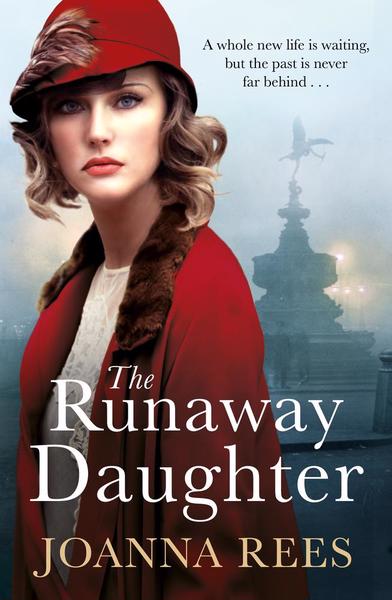 There is lots going for Joanna Rees‘ The Runaway Daughter ($18.99, PGC Books, Pan MacMillan) , one of which is her characters that seem real – flaws and all.

Set in 1926, we meet Anna Darton, who flees her wealthy family after being forced to commit a terrible crime. She arrives in London – alone, scared and terrified someone will find her – and begins to reinvent herself as Verity (Vita) Casey, someone who is brave and bold.

Shortly after her arrival, she meets Nancy, a bold American dancer, who works at the notorious Zip Club. Vita becomes part of the lineup and along the way meets a cast of interesting characters – fellow dancers and people from the entertainment industry, her landlady and Archie Fenwick, whom Vita falls in love.

Throughout the story you see the transformation of Vita, starting with the scared and beaten – both physically and mentally by her father and brother – young lady, to a woman who embraces all life throws at her while pursuing her passion in fashion design and her excellent business sense.

“But unbeknownst to Verity, her secret past is fast catching up with her, and when the people closest to her start getting hurt, she is forced to confront it or risk losing everything she holds dear.”

Rees does a great job at bringing her characters to life. While some characters a great – such as Vita and her friend Percy – others appear selfish, mean-spirited and hurtful, not the sort of people I want to hang around with, but still quite real and developed nonetheless.

Clement, Vita’s brother, also feels quite real and it’s rather frightening that people like him likely exist in the world, both now and then. (Without giving too much away, there was some awful parts involving this character. They are not the focus of the book, but they are mentioned in passing, which almost makes it more chilling. Things happened and that was the end of it – no punishment or fear of being punished.)

I also like the time period The Runaway Daughter is set. While I can’t imagine the 1920s or ’30s were an easy time for women or the working person, it also seems like it would have been interesting – or at least it seemed so through the eyes of Vita and her friends. I liked that they seemed to embrace the life they wanted and shrugged off what was expected of them. They embraced the life they wanted to live and worked hard to get it.

A copy of this book was provided by PGC Books for an honest review.
The opinions are my own.