Another page-turner in Wendy Walker’s Emma in the Night 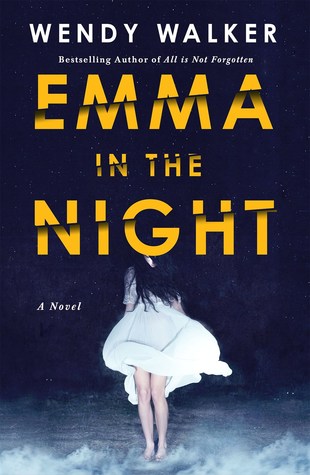 Wendy Walker’s Emma in the Night ($13.99, Raincoast Books, St. Martin’s Press) was amazing. I read the page-turner in two very late nights. I couldn’t put it down, and felt I was as invested in finding out what happened to Cass during the three years she was missing as well as her life up to and during that point as forensic psychiatrist Dr. Abby Walker was.

Three years ago, the Tanner sisters – Cass, 15, and Emma, 17, disappeared. Cass shows up on her mother’s doorstep without her sister. Her story is one of kidnapping and betrayal and an island where the two were held captive. And while you learn about Cass – her awful past and what she is thinking about at the time – you also know, from Cass’ own voice during her chapters, that you are being lead somewhere, but I never figured out the path. You learn more about the investigation, past and present, as well what as Winter is thinking in her chapters, written in the third voice, and within days of Cass’ return, the case is solved. And, well, wow. What a page-turner.

As a side note, this is the second book I have read by Walker and I am excited to read in her bio that she is working on her next book. All is Not Forgotten was an equally fast and fantastic read.

Have you read a page-turner this year?